I bought the pattern to make this Seagull Cushion from Bustle & Sew back in 2012, and have finally got around to making it.  It’s going to be for my dad for Christmas.  He lives in a house on the edge of the cliff at the seaside, and loves the sea.

Believe it or not it took me a long time picking the exact shades of white, grey, yellow and blue felt I wanted, having visited all 3 of my local suppliers! I finally cut the pieces out and got on with it.  It didn’t take very long to stitch the pieces on, which was a shame really, as I was enjoying the free motion!

It’s really very effective, Helen is full of good ideas like this.  I want to make myself a Toadstool Pincushion too.

I have always been attracted to free motion stitching, I’m a big fan of Poppy Treffry  and have both her books, which are full of eye candy (and I like the paper they are printed on, I’m funny about things like that!)

I have been on a couple of workshops for freestyle (now that I actually have a machine that will drop it’s feed dogs) and bought myself the Janome free style embroidery foot and a handy pair of these Madeira Spring Hoops.

So here he is, ready to stitch onto the main cushion.  The fabric is a ticking-style cotton from Rose & Hubble, which I decided to back with some Hair Canvas I had leftover in my stash, to make it more hardwearing.  Isn’t he a handsome chap!

Helen says to attach the panel using invisible thread before hand stitching it to be sure it is secure.  Happily I had some invisible thread in my stocks, and had recently found and watched this video with Vanessa Wilson

I have made notes –

and put them, and the thread net, in a bag with the invisible thread.  Organized Am I!  The next step was doing some hand embroidery.  I decided to put it in a hoop as I had one big enough, and use blanket stitch rather than the one in the pattern.  I went to my trusty Needle Index and dug out my chenille needle and had a lovely time embroidering.

Then it was time to make the bunting, more fun with free motion stitching!  When it came to adding the words from our English Music Hall Number “Oh I do love to be beside the seaside” I decided to use a couple more lines than on Helen’s cushion.

I was going to hand embroider it all, but it was really too much to be considered fun!  So instead  I followed her suggestion and used a sheet of printable Linen instead.  (Rather than waste the rest of the sheet I added a poem called “I must go down to the sea again” as I have had another idea!*).  I didn’t fancy fraying the edges, so I used my Scalloping Shears to give it a fancy finish then stitched it in place.

Here it is finally assembled.  The hair canvas has given it a nice feel and it should wear well.  I overlocked all the seams inside, so it’s nice and tidy.  I hope it will become a family heirloom!

The idea I had is to make another cushion, (so he has a pair) using a smaller version of this beautiful ship design from Helen, with the other verse….

“I must go down to the seas again, to the lonely sea and the sky,
And all I ask is a tall ship and a star to steer her by,
And the wheel’s kick and the wind’s song and the white sail’s shaking,
And a grey mist on the sea’s face, and a grey dawn breaking” 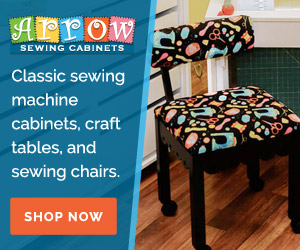